Usage and Side Effects of Feverfew for Dogs 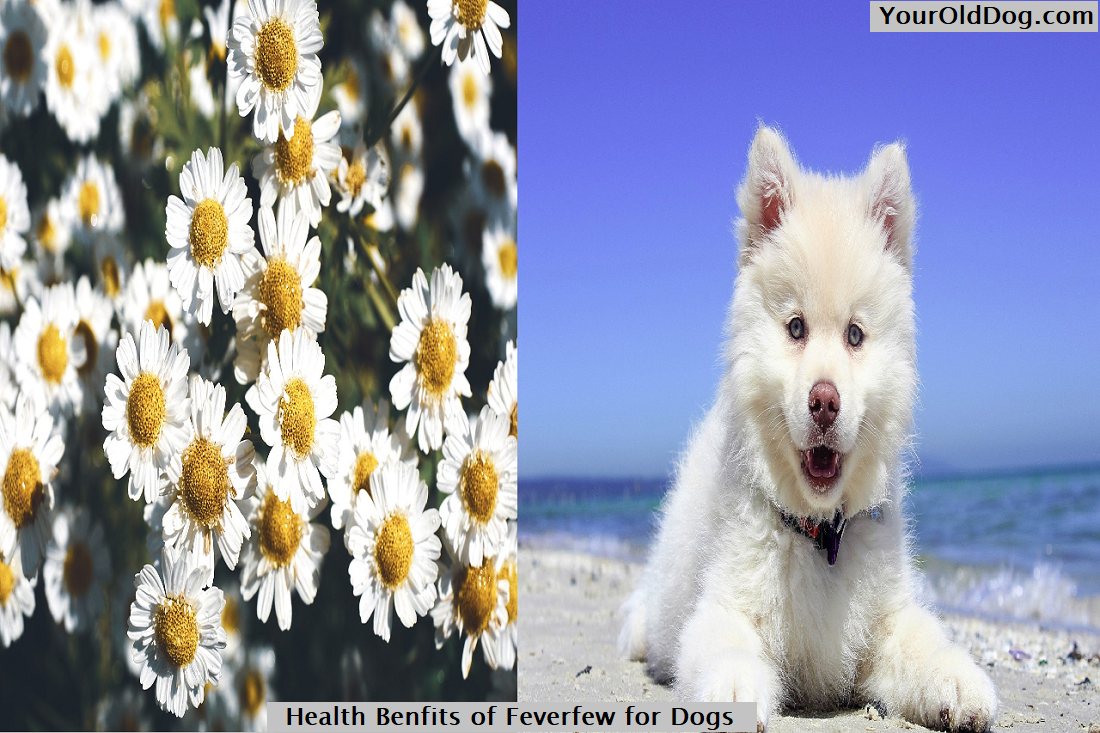 It’s that time again, which means we’re going to have a little chat about feverfew for dogs. Feverfew, known as tanacetum parthenium, is a flowering plant from the daisy family. It is renowned for its medicinal purposes, including the prevention of migraines, and some people like to grow it because of how it looks.

Feverfew is an herbaceous perennial that features pungent leaves. Native to Eurasia initially, feverfew is now found in North America, Europe, and even Chile. If planting, it should be set in full sun. It can become a rather invasive weed if it’s not cut back in the fall, but the leaves can be used for several medicinal applications.

For dogs and other pets, feverfew benefits and side effects are mostly known as a pain reliever. It is packed with nutrients, including iron, niacin, manganese, phosphorous, potassium, selenium, silicon, and sodium. It also features amounts of vitamin C and vitamin D. The flowers contain pyrethrins, which have compounds that knock out fleas. This makes for a good insect repellent.

Is Feverfew Safe for Dogs?

Therapeutic Uses of Feverfew for Dogs

There are several different ways to use feverfew for dogs, including dry powder, tincture, infusion, and capsule. These products are available at pet health food stores, but some variation in efficacy. The naturally occurring volatile oil parthenolide is an important ingredient and many available products do not contain this element.

In human subjects, the sudden cessation of feverfew after long-term use has led to a recurrence of the pain from migraines and arthritis. Contact dermatitis is also cited as a potential problem, so it’s best to perform small tests on your dog before committing to any significant feverfew regimen. Other side effects in human subjects include gastrointestinal upset, including flatulence.

Reasons to Use Feverfew for Dogs

The best reason to use feverfew for dogs is its pain-relieving status. It contains the volatile oil parthenolide, which helps by stopping the release of several spasm-causing inflammatory substances. This parthenolide also has potential effects in treating the inflammation of blood vessels, but medical science is still relatively silent on the overall quality of the compound.