Burdock Root Benefits for Dogs and How to Safely Use It 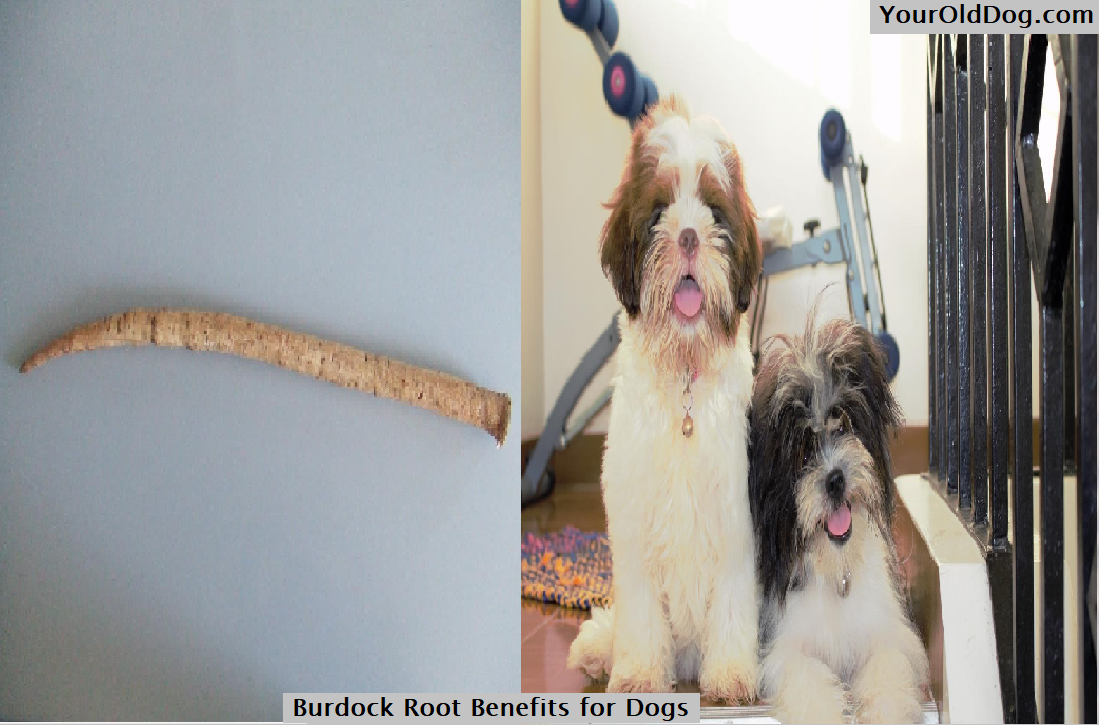 Burdock is tremendously useful in the long-term care of your dog and has an ancient tradition as a relatively safe, cleansing herbal treatment. There are many applications for the root, from eating it in its natural state like a carrot to softening it up and adding it to normal food.

Burdock root is generally available at health food stores and other locations, making it relatively easy to find. There are many forms of it, from the natural root, dried, capsule, tincture and even teas.  You’ll have to see what works out best for your four-legged friend, but quality matters.

There are also topical treatments available, which can be put to good use. For the most part, though, burdock is an internal treatment and like Dandelion Root, it is especially good for dogs with liver issues.

This amazing root detoxifies your dog’s blood, lymph system and skin. But, it’s vital to use QUALITY burdock root-like Starwest Botanicals, especially if your dog is suffering from liver disease…

One thing to know about burdock is that it should be used in comparatively large doses in order to have the best therapeutic result.  But, since we’re dealing with dogs; start slow and work your way up to what is the right dose for your dog without causing any digestive upset such as soft stool or diarrhea.

That’s not a bad thing. Roughly 2.5 ounces of fresh burdock root has up to 61 mg of calcium and 1.4 mg of iron along with other good stuff like riboflavin and phosphorous.

Burdock root benefits contain as it is high-fiber, low-calorie content also makes it an ideal addition to your dog’s diet.

Dosage for tonic: Add 1/2 to 1 teaspoon for every 10 lbs of your dog’s body weight to his food daily.

Dosage when using tincture: Stick with alcohol free such as Hawaii Pharm.  Standard adult dosage for tinctures is 32 drops (or 1/4 tsp) daily for someone weighing 100 pounds. This dosage can be increased by 4.  Here’s an example on figuring out dosage using tinctures for dogs: Let’s say your dog weighs 15 lbs. Take 15 divided 150 and you’ll 0.1.   Take 32 x 0.1 and you get 3.2.  This is a little over 3 drops for a 15 lb dog.  ALWAYS MIX TINCTURES with a tiny bit of FILTERED WATER (a drop or two of water) and place the drops under the tongue.  In serious situations for liver, lymph and skin problems, you can increase your dog’s dosage by 4 for a daily dose.  So, that little 15 lb dog would get 12.8 drops daily.

How to Make Fresh Burdock Root on Top of the Stove

Here’s a video to show you how to prepare burdock root on top of the stove.  However, DO NOT use butter when sauteing.  USE a LITTLE OLIVE OIL.  Cook UNTIL SOFT!!!

Burdock is one of the safest herbs you can use. Pregnant or nursing dogs should err on the side of caution, but there have been no toxicities associated with the burdock root for dogs. However, Burdock could interfere with medications being given to a diabetic dog.

It can even be refrigerated for several weeks following harvest and can be chopped, dried and decocted for immediate use. In other words, go nuts. Burdock is as close to a perfectly safe herb as you can get.

Reasons to Use Burdock Root For Dogs

If it’s not obvious by now, burdock root is one of the best things you can use for your four-legged friend.
It helps liver function and cleanses the blood, which eases the overall burden on the rest of the body and helps overall function. It does this without any side effects or problems and the only real catch is that your dog might not like the taste right off the bat. There are ways around that, as I’ve noted.

Most herbal retailers have burdock root available, so don’t be shy about asking for it. You can find it in dried forms or as capsules if you wish, but fresh burdock is also a viable option if your dog can get into the taste.

Try adding a little to the food. Sometimes dogs will like to chew on the root like they would a carrot, which can create a fun little treat for your pooch.

The History Behind Burdock Root

Burdock is actually a thistle in the Arctium genus, which is part of the Asteraceae family of plants. The biennial plant is native to the Old World – Africa, Europe and Asia – but has now been found worldwide I the form of several different species.

When it comes to burdock, the root is what’s important. It can actually be eaten as a vegetable and is popular in Asian cuisine. It contains a great deal of dietary fiber.

The plant itself is quite sturdy and it reproduces thanks to its burrs, which are located on the upper leaf axils and can stick to virtually anything. Because of this reproductive zeal, many farmers and gardeners have come to hate burdock.