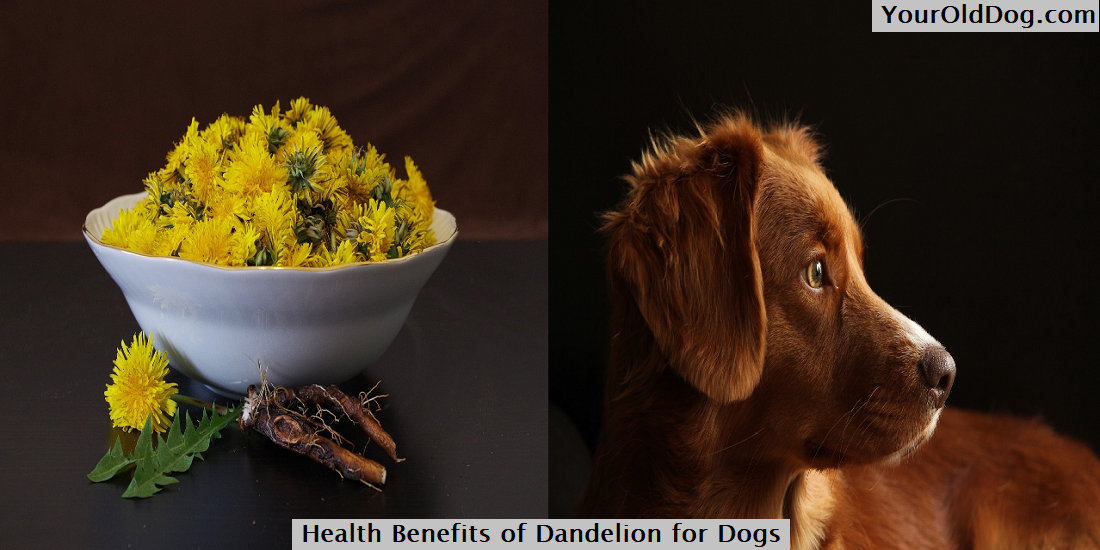 There are many applications for this common herbal treatment. Among the most commonly associated applications, is how well dandelion works on detoxing your dog’s liver and gallbladder.  It’s also believed that it can balance out the digestive tract and help with Cushings Disease.

If your dog has liver problems, look to dandelion and/or burdock root first.

Why You Should Use Dandelion for Dogs

Dandelion is one of the safest herbs in the world to use. It can be found almost everywhere and is gentle in nature. It can be used as a supplement and as a cure for various ailments for your dog, so it’s no wonder it’s considered as one of the great starting points for a herbal treatment arsenal.

If you’re not already using dandelion in your dog’s care routine, you might want to start. You really can’t go wrong with this plentiful and miraculous natural treatment option.

Are dandelions OK for dogs to eat?

Neveruse dandelion that’s dirty or is laced with pesticides or chemicals.  Wash ONLY when ready to use. You can pick it ahead of time and store it in a dry paper towel wrapped in plastic. Refrigerate and use within 3-5 days. You can simply crumble the dried herb onto your dog’s food and mix.

Directions for using capsules: Use the human dose of capsules are as follows:

Directions for tea; add one teaspoon of dried dandelion to one cup filtered water or organic chicken or vegetable broth.  Bring it to a boil, then reduce heat and simmer for 15-20 minutes.  Give 1/3 cup for each 20 pounds 3 times daily.

Are dandelions poisonous for dogs?

Perhaps the best news about dandelion and its many applications is that it’s such a safe and gentle herb to use.

Due to its heavy dose of potassium, it’s capabilities in terms of liver tonic are certainly satisfying. And its use as a diuretic is beneficial, too, because of how it makes up for any lost potassium due to increased urine flow.

Dandelion will not further aggravate any condition because of its gentle nature and it won’t contribute to inflammation.

The only drawback is ensuring that the dandelion you use is clean. Make sure the leaves haven’t been sprayed with any herbicide and wash the leaves you have before using. Even the FDA says that dandelion is “generally regarded as safe,” so that’s as good an indication as any.

The History Behind this Pretty Little Yellow Flower

The dandelion comes from the taraxacum genus of flowering plants in the Asteraceae family. Mostly native to North and South America as well as parts of Europe and Asia, the dandelion is indeed an edible weed.

The name is French, coming from the word “dent-de-lion” meaning “lion’s tooth.”

Dandelions are, as most people know, incredibly common. They can be found virtually anywhere and have been gathered as food and herbs since prehistoric times.

They are perennial, but they are not, as is often thought, part of the sunflower family. The way to tell lies in the fact that dandelions don’t branch.

They sprout as a rosette from its taproot and never has spines on the midrib.

The best thing about it is that it’s one of the most versatile and readily-available herbal treatments known to man. It has a broad spectrum of applications and can be safely used without much hassle.

It was seen as a “cure-all” by early settlers in North America and this is indeed true. There’s very little that dandelion can’t be used for, including your dog.

Educational References:Herbs for Pets by M.L. Wulff-Tilford and G.L. Tilford, Natural Remedies for Dogs and Cats by CJ Puotinen