Yarrow for Dogs and How To Safely Use It 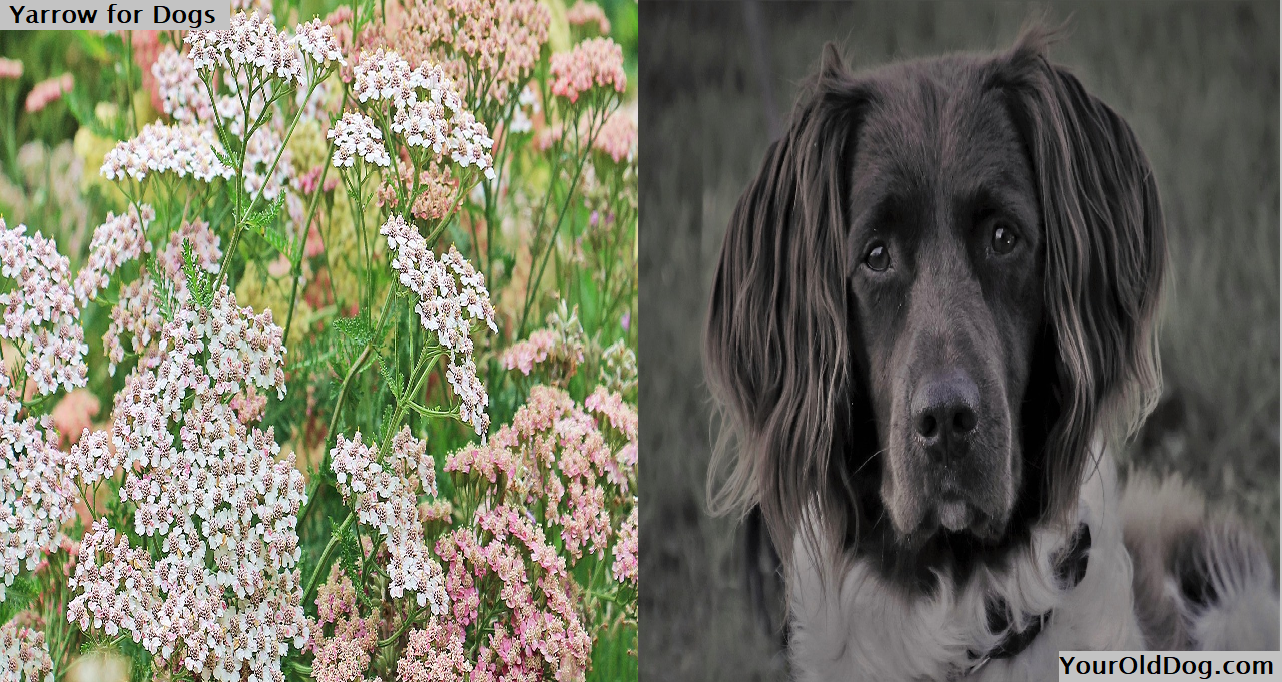 Yarrow is a perennial herb generally native to Europe and Asia, but it can be found alongside roads in many regions of the world. It remains in bloom throughout the spring and summer months and has a strong aroma often compared to mothballs.

In this article, we’ll be checking out some of the benefits of yarrow for dogs and explore how you can safely use this natural herbal treatment for your own pet.

Yarrow is usually identified by their yellow, red or peach flowers and is sometimes known as stanchweed or soldier’s woundwort.

Old Man’s Pepper  is used for a number of applications, including as an antiseptic, analgesic, an expectorant, anti-inflammatory, and even an insect repellant.

It has also been used to lower blood pressure and promote sweating, while some have noted applications as a diuretic.

Yarrow’s flowers, leaves and stems are used to create treatments in formats like teas, tinctures and oil infusions.

The ASPCA lists yarrow as a toxic plant, but poisoning from this plant is rare. Tannins in yarrow give it a bitter taste and dogs are usually instinctively discouraged from consuming too much of it should they locate it by the side of the road.

Pets would have to consume an extremely large amount of yarrow in order to be poisoned by the plant.

Symptoms of yarrow poisoning are generally limited to the digestive system and consist of vomiting or diarrhea. Some pregnant animals have miscarried because of yarrow usage, however, and animals who are nursing should not consume it just to be on the safe side.

There also have been reports of dermatitis and other skin allergies in some dogs after yarrow usage, so it’s best to limit its usage to topical applications.

Discontinue use if any symptoms arise.

Yarrow really is one of those magical herbs that seems to treat a whole bunch of things at once. Its healing properties are extensive and its benefits in a number of applications can’t be overstated.

Its broad usage potential makes it a favorite among herbalists and holistic veterinarians everywhere, so it definitely should be part of your repertoire.