Thundershirt Product Review – If You Don’t Read My Review Now, You’ll Wish You Did Later! 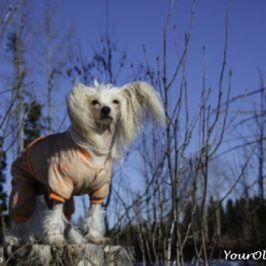 The Thundershirt Product Review is finally complete. In June 2011, I contacted Thundershirt.com and asked if they would be willing to donate a Thundershirt for an actual product of thundershirt reviews and they graciously said “yes”.

I in turn would donate the thundershirt to my blog visitor of choice.

I was looking for a dog with a severe case of thunder phobia to test the thundershirt. A dog much like my own “Lulu” was when she was still alive and much like “Max” whose story also prompted me really dive into this topic.

After watching Lulu suffer for 14 years with such severe anxiety to storms and then read Max’s story; I felt compelled to do what I could for these suffering dogs and their owners.

It was time to test the thundershirt.

“Bandit” Was Chosen To Test The Thundershirt

Not long after the company agreed to donate a thundershirt for a test; a comment came through on my blog from Susan. Bingo! “Bandit” was the dog that I was looking for. He had all the classic signs of severe anxiety and fear of thunder, plus he was getting progressively worse.

Here’s the original comment from Bandit’s owner Susan:
This story of max and lulu have brought me to tears, part due to feeling your pain, as well as my fear.

Our 12 year old lab/dalmatian mix Bandit has always had a thunder phobia. However these past few months have been worse than I could ever imagine. He has chewed and torn off siding and downspouts and just 2 days ago chewed the water supply from the well to house in garage. We also have a gas line and my husband was terrified.

If he had chewed that, then disaster was inevitable. I’m not giving up on him yet. Thanks for the support.

Susan’s comment brought tears to my eyes. It brought back all the memories of my Lulu’s fear.

Setting Up The Test For The Thundershirt For Dogs Review

Not long after Susan submitted her comment, I contacted her and asked if she would be willing to do a test and product review for me and she agreed.

Test Results For The Thundershirt

The weather didn’t want to cooperate at first. Finally, we got some storms. Here is the original, untouched testimonial from Susan:

“Sorry for the delay. I had a sudden family emergency that has taken all my attention.

As far as the thundershirt …it calms Bandit down considerably. He is still anxious and needs to have someone here during the storm, but as soon as I put on the thundershirt, he is much easier to calm. He will actually lay down instead of excessive pacing the house.

Thanks for donating this thundershirt for Bandit. Not only has it helped us, but Bandit as well!!!”

Had I known years ago, what I know now, there is absolutely no doubt that I would have spent $36 for one of these shirts that may have given both of us a little peace and comfort.

Plus, I would have doubled up and armed myself with Bach Flowers Rescue Remedy which also gets some pretty good reviews from consumers. 4 out of 5 stars based on 156 people. Not too shabby.

I purchased one for my doberman “Jenna”.

7 Tips For Dealing With Dog Anxiety And Stress