The Many Benefits of Alfalfa for Dogs 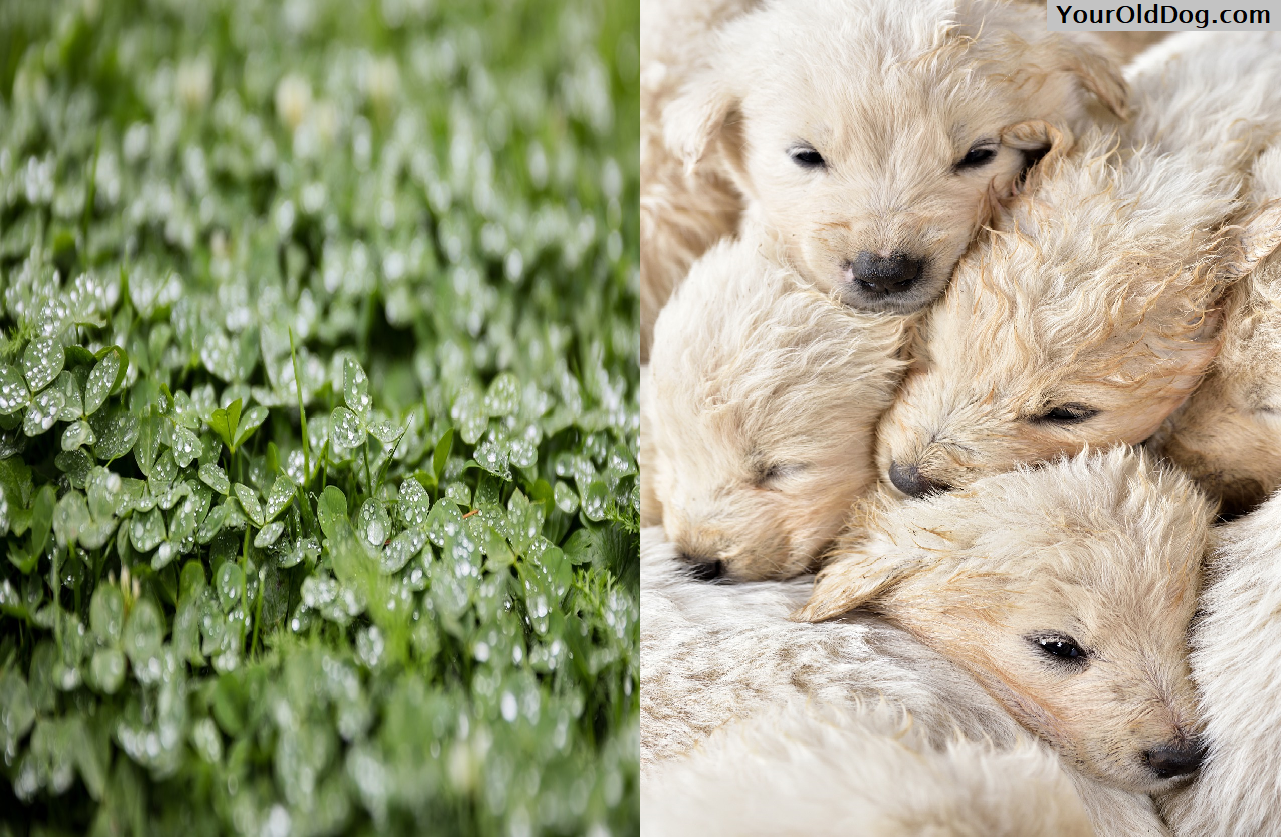 As pet owners, we’re always on the lookout for something new that we can use to benefit our dogs’ lives – but what about the benefits of alfalfa for dogs?

There are many, many benefits to that little rascal, the “perennial forage legume” often cultivated as a forage crop in the United States, Canada, Middle East, South Africa, and beyond.

It can look an awful lot like clover and generally features clusters of purple flowers, but what you may not know is that it’s from the pea family.

Alfalfa has also been part of herbal medicine for ages, known in the Middle East as “the father of all herbs” – no word on what the mother of all herbs is, unfortunately.

So what can this fatherly legume do for dogs? Should you consider alfalfa for your dog?

Let me start by saying that I only recommend alfalfa as a supplement to a meat based diet.

The good news though is that there are many benefits to alfalfa aka buffalo grass and a lot of protein is packed in. It is a rich source of vitamins and minerals, including calcium, potassium, magnesium, beta-carotene, vitamin A, vitamin B12, vitamin C, vitamin D, vitamin E, and even vitamin K. That doesn’t even mention the antioxidant chlorophyll or the saponins that help with the processing of fat-soluble nutrients.

These nutrients can help your dog in a variety of ways. The inclusion of lots of vitamin K can work as an anti-coagulant, which makes it great for dogs with anemia. There are also cancer-fighting agents. And alfalfa has been used to fight overly-acidic urine and help stave off bladder infections in four-legged friends.

Alfalfa is also effective in fighting arthritis, which makes it great for older dogs. Research tells us that up to 20 percent of people who take alfalfa display a decrease in pain. Similar effects have been shown in animals, so many veterinarians recommend daily supplementation with alfalfa for long-term relief of pain and even inflammatory joint disease.

A Word of Caution

As good as alfalfa can be for dogs, there are some considerations to make before you dive in.

There are, as you can see, are several benefits of buffalo grass. Used properly, alfalfa for dogs is a little something extra that can make a big difference in many areas of your dog’s health.

An Organic Alfalfa Powder is a Good Choice for Your Dog

Here’s a powder form for your dog  (and for you as well) that I like and it comes from the leaves.  It’s also, organic, kosher and inexpensive.  Dosage: Smaller dogs can get approximately 1/4 teaspoon daily, the medium guys roughly 1/2 teaspoon and the bigger fur kids about 1 teaspoon daily.  Mix with their food.

Keep in mind that it’s a powder and would be better mixed with a excellent meaty topper and not dry.