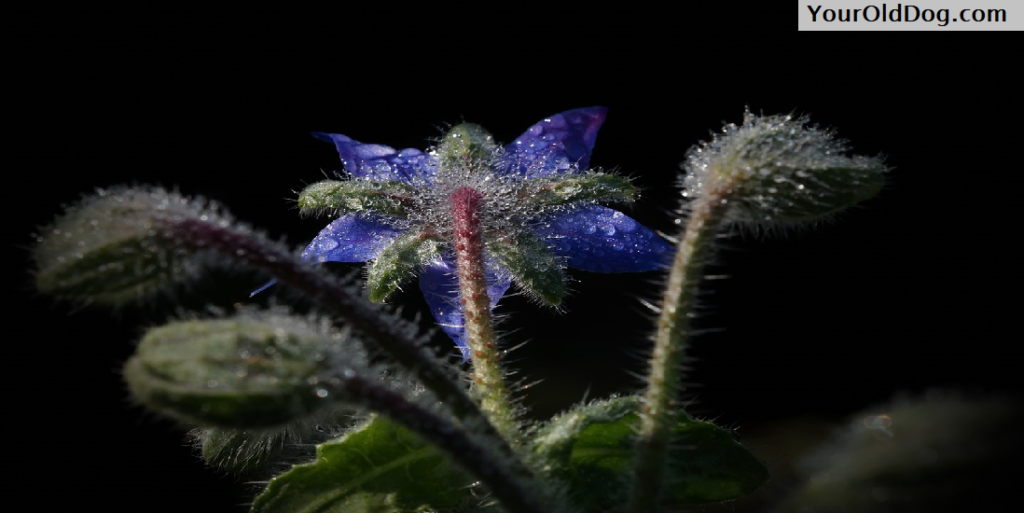 I love exploring the many different natural approaches when it comes to healing myself and my family which includes my beloved dogs.

Continuing on with my herbal guide for dogs, we’re discussing borage in this article. Did you know that borage is also known as starflower?

Borage is an annual herb native to the Mediterranean region. It has been grown in a number of other climates and environments around the world, however, and now shows up in the form of a garden plant in North America.

It has edible leaves and is generally cultivated for borage seed oil, which comes from the seeds of the herb.

Borage is a self-seeding herb that blooms from spring to midsummer in most areas. It is often used in what is called companion planting, which protects and even nurses other plants in a garden like legumes, spinach and strawberries. It has also been cited as enhancing the growth of tomatoes because of its protective properties.

Borage has been traditionally used in medical applications for centuries. It stimulates milk production, works as an astringent and serves as an adrenal stimulant. Borage is also used to calm the nerves and can be used as a diuretic.

The most common application for borage is the borage seed oil, as mentioned. This is extracted from the seeds. The leaves can also be dried for infusions or even in bulk form for powder which can be added to your dog’s food. If you are drying and powdering borage leaves, you should do this quickly because they can lose their medicinal properties in a hurry.

Borage is generally quite safe for consumption, although there is a high amount of PAs included that may lead to liver damage. The PAs, a potentially toxic compound, are presented in a very low form and are generally believed to be harmless, but you should be aware of them nevertheless. Animals would need to ingest a large quantity in order to see any negative effects.

Reasons to Use Borage Oil for Dogs

Borage is pretty easy to use and generally safe, but it’s not as powerful or effective as comfrey in terms of topical applications. In other situations that call for a remedy for depressed adrenal function, I would recommend something along the lines of licorice instead.