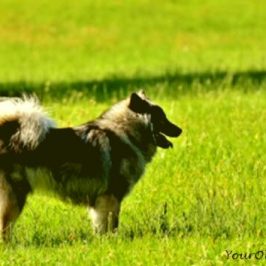 Hearing is one of the most important aspects of a dog’s existence. They hear a lot better than we do, for one, and rely on their hearing to accomplish many tasks.

That’s why it’s especially sad when a dog goes through hearing loss.  To understand the impact of the loss of hearing for dogs, it pays to first understand how dogs hear and how dogs go deaf in the first place.

It’s true that the sense of smell is the most important of the senses for dogs, but hearing is the second most vital to their existence and survival.  Some dogs hear better than others, of course, and this is generally the result of the ear’s design.

Dogs have very mobile ears, which help when it comes to hearing by adjusting the position of the ear canal and literally pointing it toward the direction of the sound.

Dogs have at least 18 muscles to make tilting, lowering, raising, and adjusting the ear possible, something we humans have to learn to do without. We have to tilt our heads in a different fashion and generally can’t adjust the position of our ear canal in the same way dogs can.

On top of this, dogs have the ability to filter sounds. This means that they can sort through the sounds they hear out in the yard or inside the house and zero in on what it is they really want to hear.

If we heard the sheer volume of sound that dogs hear, we’d probably go nuts. We lack the capacity to filter like dogs and other animals do, so maybe we should be glad we don’t hear as well.

Dogs can lose their hearing a number of ways. It can be temporary or permanent, and you’ll need to learn to communicate with your dog using a different approach. Some dogs lose their hearing temporarily because of a wax build-up, for instance. Pooches with narrower ear canals, like poodles, are prone to experiencing this sort of build-up. Hair can also be an issue and foreign objects can impede hearing. Cocker spaniels and terriers are especially susceptible to this problem.

Permanent hearing loss is generally caused by things like drug toxicity, injuries, untreated infections, or old age. There are also genetic issues, as some dogs are sadly born without hearing and others are inflicted with anatomical problems that can eventually lead to deafness.

The breed most associated with inherited deafness is the Dalmatian. The bull terrier, beagle, English bulldog, and English setter are also susceptible, having high occurrences of piebald spotting. These dog breeds have more instance of deafness than other breeds of dogs.

In the next entry in our series, we’ll delve into some of the early signs of hearing loss for dogs and some of the symptoms to look out for. We’ll also get into how to relate to your dog if he or she develops hearing issues.

We hope you’ll join us for the discussion and share your experiences below in the comment section.