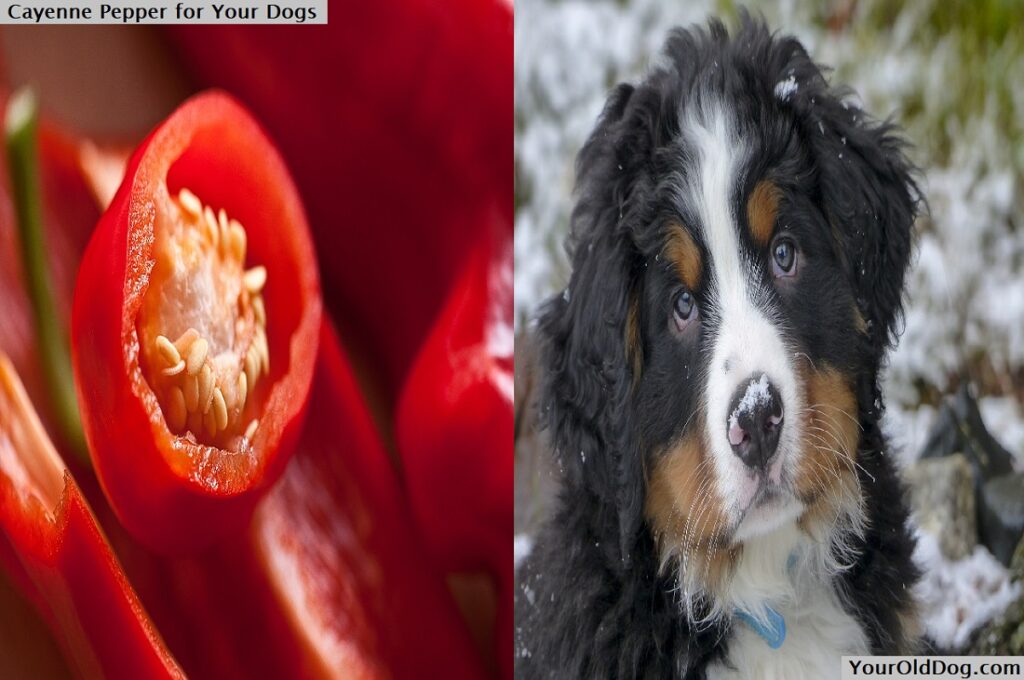 Our ongoing series on herbs for dogs comes with this look at cayenne.

Cayenne is actually from the nightshade family and is most commonly associated with the spicy cayenne pepper, which itself is named after the city of the same name in French Guiana.

There are dozens of varieties of these hot peppers, but they all appear very similar.  Cayenne is typically found in Central and South America, although changes in growing habits have made them available around the world.

Some people even grow the little things as houseplants.  Most plants will produce their “fruit” in mid-August, with blooms appearing in the early summer.  It is that fruit that is most relevant to our discussion. It has a number of applications for dogs, surprisingly.

Because of its warming properties and anti-inflammatory capabilities, it can actually be a very helpful addition to your herbal treatment arsenal.

What happens when a dog eats cayenne pepper?

Most internal uses of cayenne pepper for dogs comes in capsule format, although whole fruits can be used in oil infusions, ointments, salves, tinctures, and even creams.

Some stores carry commercial brands of cayenne creams or ointments that are useful in treatments of things like arthritis, stiffness and sore muscles.

You can track down cayenne almost anywhere, as should be apparent by now. Should you be so inclined, you can also find the plants at most nurseries that sell vegetable plants.

Never give over the counter capsules meant for humans.  When considering using it  internally, you should actually talk with a holistic vet first.  Internal applications for a dog or cat would come in the form of a capsule with a smidgeon of  powdered cayenne enclosed.  This is generally enough to satisfy whatever needs the animal has.  Again, any other internal dosages should be discussed with a professional.

What You Should Know Before Using Cayenne Pepper for Your Dog

It’s natural to assume that the heat of cayenne peppers would be problematic for dogs. A simple Google search of “cayenne” and “dogs” turns up an array of abuses, from applications in dog repellent to cases of animal abuse charges. It’s a nasty selection, to say the least.

But here’s the thing: cayenne pepper does not cause irritation to the digestive tract when used moderately.

In summary, cayenne has some surprisingly effective applications for your dog. It’s a mostly safe herb, when used properly, and it can help quicken blood flow. You should be fine if you use it within the required dosage and test topical applications before committing to a larger area.