Dogs and Sugar: Why You Should Avoid It 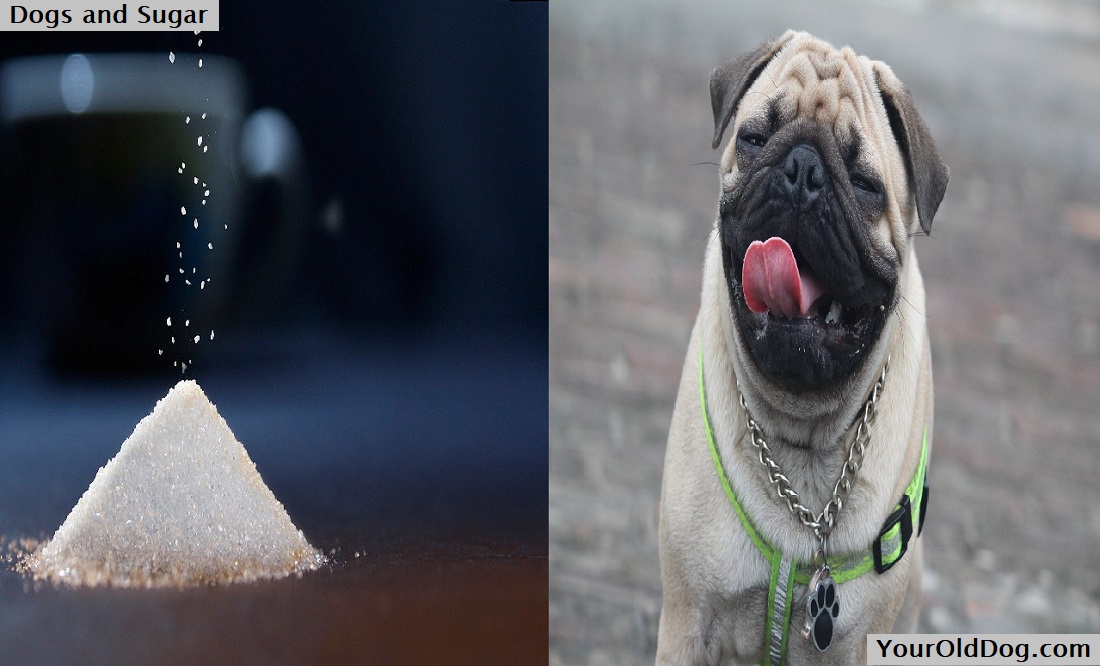 I thought I’d zero in on at least one problem food and hope to clear up some confusion. I’m talking about giving sugar to dogs.

The first thing to realize is that because dogs are mammals, they process food in a somewhat similar fashion to how we humans do. That means that sugar makes its way all over the body and through the cells by way of the blood.

Just as humans probably shouldn’t have regular sweets, dogs shouldn’t have sugar. A number of health problems can occur from excess sugar, from diabetes to cavities to obesity. Again, these are many of the same problems human beings can encounter if they overdo it on the sweets.

Avoiding sugar outright can be quite a challenge because it is found in so many different foods. Glucose can even come from carbohydrates, as many carb-heavy foods carry long chains of the stuff that can raise blood sugar levels in a hurry.

This happens because the sugar breaks down at an alarmingly quick rate, leading to that rather instant sugar high. Yes, dogs get sugar highs!

There are also many pet stores that offer treat bars where you can buy different types of treats and pay per pound.  Many of these treats contain sugar. Petco’s carob chip cookies (just one of many on their treat bar) feature sugar along with wheat flour as main ingredients, which can really bump up your pooch’s blood sugar in a hurry.

Because many of these treats can feature a startling dose of sugar, it’s always a good idea to read the ingredients before making a purchase.

The key in monitoring your dog’s diet lies in doing your homework. If you’re careful about providing a balanced diet and you read ingredients, you’ve already got half the battle one. Sadly, far too many pet owners are indifferent when it comes to sugar because they don’t believe there’s any harm to it. That’s simply not true.

WARNING: Did you know that many cheap dog foods and treats include sugar as a way to entice the dog to eat it?

Why is sugar bad for dog

Diabetes in its most common form afflicts an estimated one in 500 dogs. Over the last 30 years, the amount of dogs touched by diabetes has increased threefold. This is likely because of changes in diets and an increase in sugar in the average pooch’s dietary choices.

Diabetes is a “diseased state” where the body suffers from either an insulin shortage or a wrong response to the insulin in the first place. Both of these possibilities, Type I and Type II diabetes respectively, have the same results: the dog won’t convert glucose to energy properly. This results in excess glucose in the blood, which can lead to a whole host of symptoms and potential problems so sugar is bad for dogs.

On the positive side, dogs who are treated with diabetes have the same survival odds of a dog without it. Early diagnosis is critical, but prevention is obviously preferable. Avoiding measures like insulin replacement therapy is a matter of taking the necessary steps to ensure that your dog’s glucose levels remain in normal and acceptable levels in the first place.

A final word is necessary here about the so-called “sugar free” options available on the market for those watching their dog’s intake of sweets. Even if you are being careful and trying to cut down on sugar, there’s still the possibility that you’ll run into xylitol in your travels. So what is this?

It’s an artificial sweetener, for starters. It’s actually a sugar alcohol that is found in most candy and gum, as well as oral health products. It’s safe for humans (for the most part), but harmful to dogs because it can cause a hazardous rush of insulin. Higher doses of the stuff are lethal to the liver and can cause death. In fact, a dose of just three grams of xylitol can kill a 65-pound dog.

Since 2002, the ASPCA Animal Poison Control Center has recorded a significant increase in cases of poisoning via xylitol. In other words, people are discovering this supposedly sugar free option and are giving it to their dogs without doing the proper research. Don’t, for the love of your pooch, go down this road. Xylitol is deadly. Avoid it.

As you can see, there are many issues at stake here. From sugar free options to understanding the ingredients, fighting the sugar battle can be complicated stuff. Your best bet is to take steps to control your dog’s sweet intake and to avoid substitutes like xylitol at all costs.

If your dog has a sweet tooth, stick with sweeteners such as honey or molasses, but be reasonable and balanced in all things. Honey just like white sugar, is still high in calories.  Too much of a good thing is, in the world of dogs and humans, still too much.