5 Ways To Understanding Your Dog 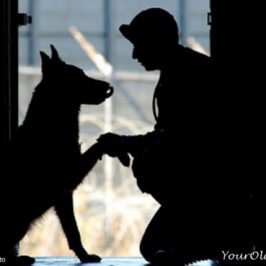 Your dog’s senses are the blueprint to understanding how and why he does what he does.  Once you understand how she uses her senses, it will help you to better understand her behavior.

While dogs share the same basic senses that we do, their level of senses are different than ours. Dogs see, smell, hear, touch and taste but their intensity levels alter. This differentiation is important to understanding your dog’s behavior.

A dog’s vision is that of a predator. They can detect motion and see much better than we can at night. Often times when we are walking our dogs, we’ll notice a bunny sitting on the side of the road. As long as the bunny remains still – it’s no problem, the dog’s won’t spot it. The slightest movement though will set their predatory behavior in motion.

While a human’s eyes are centered in the middle of the head; dogs eyes are slightly off to the side which gives him a wider view than ours. This is a very helpful characteristic for predators.

Smelling is a dog’s primary sense which makes them an exceptional ally in search and rescue missions, detecting illegal drugs, etc. Their sense of smell is believed to be one thousand times greater than that of a human being’s. That’s amazing!

While humans have a mere 5 million olfactory receptors, dogs have 220 million. These receptors are what gets your dog’s nose going to the ground when you go for a walk or to the dog park. They can recognize a scent between heavy grass and brush, on pavement, cars and tires and just about anything else. According to Alabama and Auburn Universities, recent medical tests prove that specially trained dogs can detect certain types of tumors in humans. This doesn’t surprise me at all!

If you’re wondering why your dog is sniffing so intensely to a certain spot; chances are he either recognizes the smell or it’s a new smell – a new dog or other animal in the neighborhood maybe. The nose knows (heehee)! 😮

Another one of the 5 ways to understanding your dog is through his hearing. A dog’s hearing is also superior to that of humans. Dogs can hear four times better than we can. There are times that I wish my dog didn’t hear so good, like when I’m trying to sneak a cookie!

Should your dog start barking at what seems to be nothing to you – trust me, it’s something. It might not be anything to worry about, but it’s something and he’s letting you know.

This is one area where we humans have the canines beat. However, when a pup is born, he is equipped with sensory receptors on his face. These receptors help the puppy to find his mother even if his eyes aren’t quite opened yet. Dogs can of course feel touch through out their body just like we can.

Taste and smell are closely linked in both the human and canine world. It is because smell is a dog’s primary sense that makes your dog eat those smelly, disgusting things. Smell is first for a dog; if it smells good to them (not to us), then the sense of taste takes over. Down the hatch it goes.

Don’t sweat this behavior, it’s normal in a dog’s world.